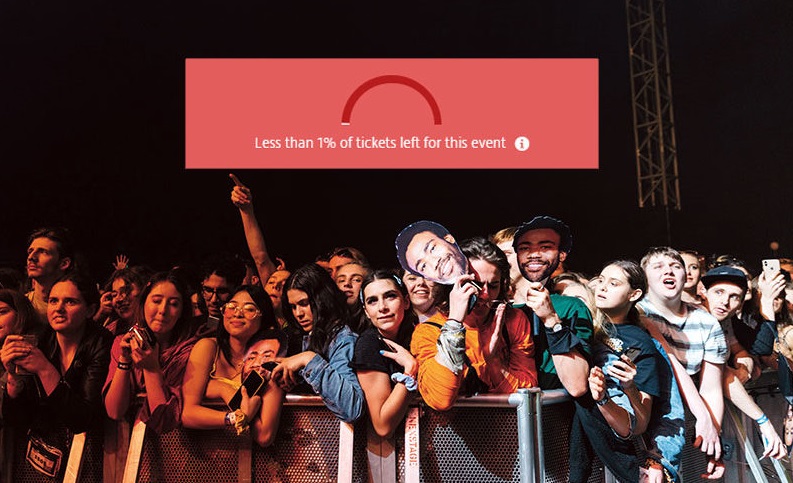 Ticket scalpers have long plagued music fans and promoters, but recent years have seen a proliferation of third-party resellers and scammers using Facebook and online advertising to lure concertgoers into buying second-hand or invalid tickets at inflated price

It’s early April, and a young music fan refreshes their Facebook feed to discover some exciting news among the engagement announcements and photos of breakfast. An event entitled ‘Childish Gambino | Adelaide’ has appeared, with thousands of other fans already clicking ‘interested’ or ‘attending’ – including some of their friends. It seems odd, however, because the Grammy and Emmy-winning, Lion King-starring musician and actor Donald Glover is already due to play one show in Adelaide this year, at Spin Off, a local offshoot of east coast festival Splendour In The Grass. The date is the same, but this event’s ticket link does not lead to the festival’s website or official ticketing partner Moshtix, but another website entirely.

This phenomenon is part of a growing problem facing Australian musicians, concert promoters and fans, a digital successor to the shady-looking fellow outside a venue with a suspicious amount of tickets to sell. The Childish Gambino listing is an example of the widespread practice of creating unauthorised Facebook events for tours, which then direct buyers to unrelated third-party websites instead of official ticket sellers. Despite attempts by Spin Off organisers to report the event, it remains online today.