“The first mistake about art is to assume it’s serious” – Lester Bangs.

Infamous Melbourne punk band The Painters and Dockers formed for the one night in 1983 to help friend Billy Walsh from the Cosmic Psychos’ pay off some parking fines. The band named themselves after the infamous trade union members who drank at the Port Melbourne pub where the benefit was to be held. Well that night ended in a riot with a pitched battle between police and union members, music lovers running off screaming into the night and the band left with a reputation as an instant punk party.

We’re All Going To Nude School. The Boy Who Lost His Jocks On Flinders Street Station. You’re Going Home In The Back Of A Divvy Van. I Like It Both Ways. Die Yuppie Die. I Know Better Queens Than That (“she can suck a golfball through a straw”). Basia. Kill Kill Kill. In My Mind.

Some 1500 shows, seven albums later and tours of North America, Canada, New Zealand and all over Australia under the belt, the band now have an esteemed place in Australian rock history. 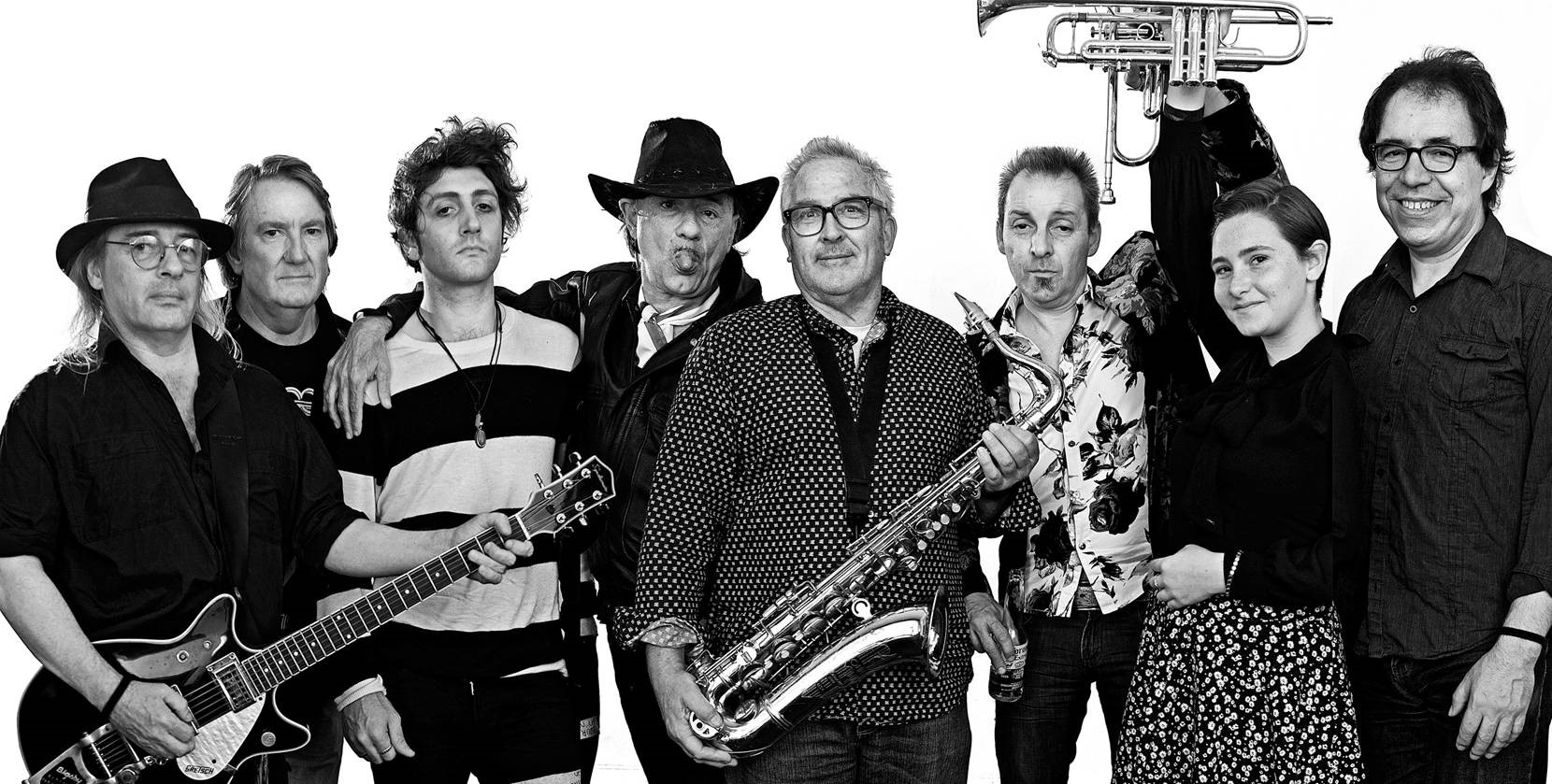