Alpine are back with their new single ‘Foolish’ and will begin their national tour at The Gov on Wednesday, June 24. ‘Foolish’ is the first cut from their sophomore album Yuck (out 12 June thru Ivy League Records/Pre-Order available now).

With a rather timely April Fool’s Day release, the single has already received overwhelming support and praise in it’s short life; currently Triple J’s # 1 most played track in April and received NPR’s First Watch in the USA, Clash Music’s Clip Of The Day in the UK and Channel V’s Ripe Clip Of The Week.

Yuck is the Melbourne Sextet’s follow up to their debut A Is For Alpine, which peaked at #1 on iTunes and #11 on the ARIA album Charts, and was awarded iTunes “Alternative Australian Album of the Year” and The Age EG “Australian Album of the Year”. The US release of A Is For Alpine saw the band trek back and forth across America playing with the likes of Grouplove, Empire of the Sun and Crystal Fighters. They also performed a coveted spot on the US TV show Jimmy Kimmel Live! in Los Angeles.

Touring through June in July with Special Guests Olympia, this is the first chance to get a taste of the new album live. 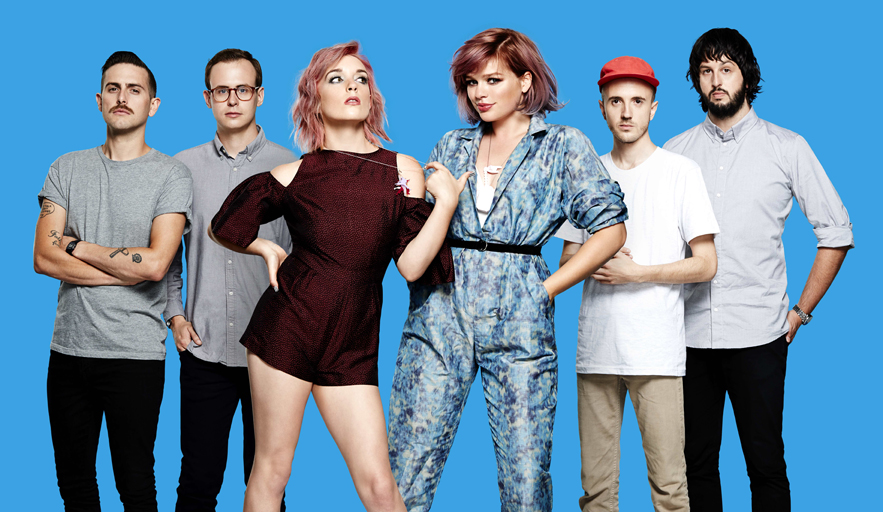