GET SOME FEELS MATE

It’s summer; you need summer soundtrack. And The Gov will give it to you. Give it to you all night long. Get some Summer Feels mate.

Euphoric music on stage from locals Young Offenders, Charlie Monsoon, Tomorrow Rising and Carpedenim. They feel you. There will be hugging, there will be moments of utter musical bliss. Because during the summer time, music becomes more than music. It’s like watching The Wonderyears, but you’ll actually be there. And so will your friends.

Young Offenders:
Energetic Brit style indie rock band YO burst onto the Adelaide music scene in early 2013, and have been steadily gaining a reputation playing various venues around the city.

Drawing influence from a broad range of artists, including The Clash, Arctic Monkeys, Red Hot Chili Peppers and The Ramones, Young Offenders boasts an organic, raw, original sound, coupled with a live energy that has received acclaim from critics and audiences across Adelaide.

Charlie Monsoon:
Are a NoisePop/PowerRock three piece hailing from Adelaide. They like it fast and loud just like their music. As their name suggests, they can destroy shit in minutes with their devilish guitar swoon. They’re called Charlie…..... Charlie Monsoon.

Carpedenim:
Focusing on catchy riffs and rich melodies once hearing them a few times, the tune will stay with you for the day. They are headed into the studio to record their debut track ‘Bad Luck’. 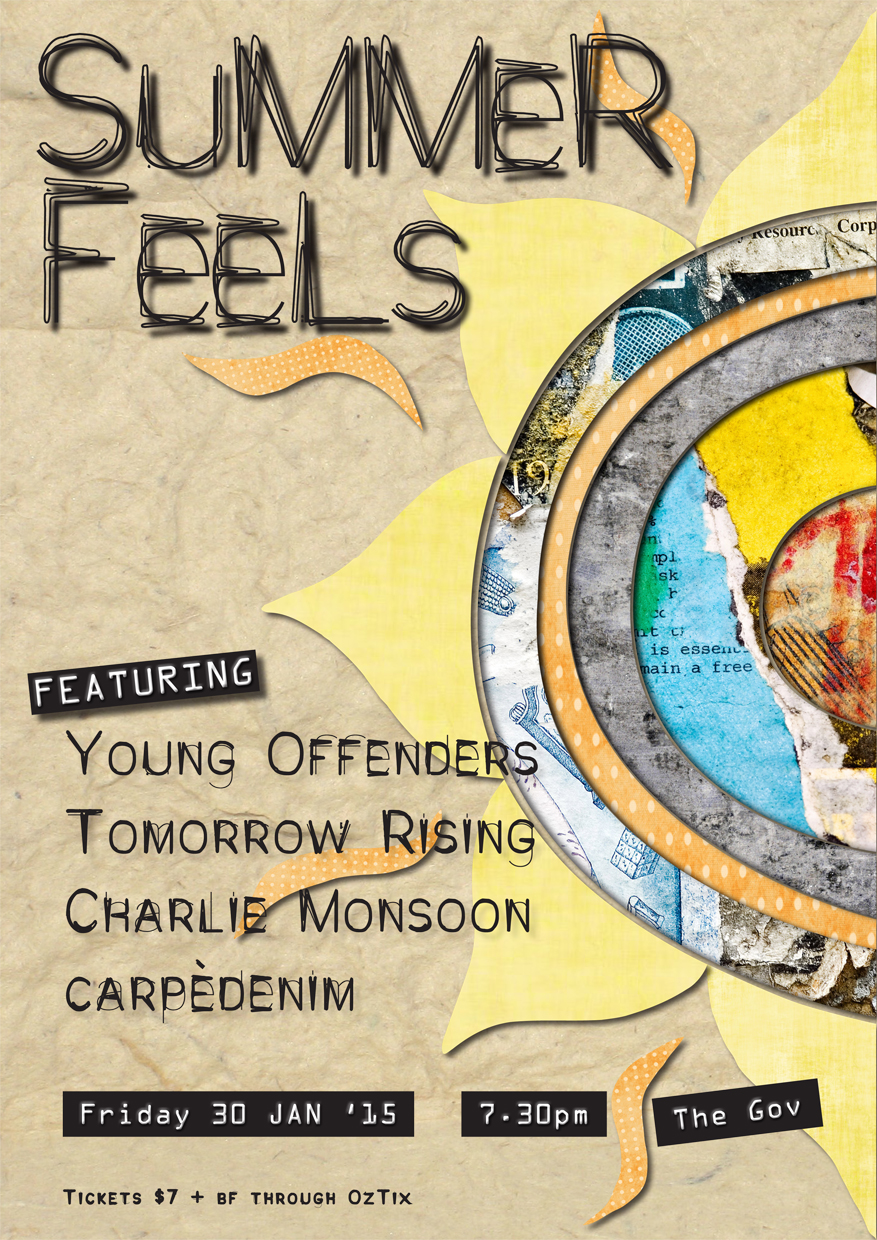