The group’s debut album was released in 2000. An album of instrumental tracks from Tron 3030 followed a year later. Next, the launch of Damon Albarn and Jamie Hewlett’s debut Gorillaz album in March 2001 brought renewed interest in the Deltron 3030 project, as all three members had a part to play in the creation of that multi-million-selling record. While Dan the Automator oversaw its production, Kid Koala assisted in this area and Del Tha Funky Homosapien provided vocals on the singles “Clint Eastwood” and “Rock the House.”

In the ensuing years, rumours of sessions for a second Deltron 3030 record circulated. By summer 2012, a follow-up to Deltron 3030 was looking increasingly likely when the band performed ten new tracks at Toronto’s Luminato festival. Then in 2013 the highly anticipated Event II was released. The album came with a diverse guest list that included Zack De La Rocha, David Cross, Black Rob, Joseph Gordon-Levitt, and a returning Damon Albarn. ~ Heather Phares & James Wilkinson, Rovi.

Individually, the collaborators of Deltron 3030 stand at the top of their respective musical disciplines; together as Deltron 3030, they warped space, bent time, transcended genre and blew minds with Deltron 3030, an album that still stands today as one of the most important records in the annals of underground hip-hop.

Both timely and avant garde, Deltron 3030 accurately – if surrealistically – captured the spirit of the cusp of the millennium, an era when a technology-driven stock market bubble was on the verge of bursting, when the political world was entering an era of unprecedented partisanship, when global inequality was beginning to skyrocket. Critics dubbed it a masterpiece: ”The most purely enjoyable hip-hop album of 2000,” NME declared. Vice praised Deltron 3030 as “a dope hip-hop concept album…visionary sci-fi rap for comic book heads, cyberpunks and conspiracy theorists that closed the gaps between indie-rap, boom bap and future-music.” ”It’s not only one of the best albums in either of their catalogs, but one of the best to come out of the new underground, period,” said AllMusic.com. Pitchfork called Nakamura the “poet laureate of creepy, oppressive beats,” describing the album as an “exciting” reimagining of “the future from the bottom up” that reveals Del as a “surprisingly acute social critic.”

Del notes that the words, music and narrative have been deliberately chosen to put listeners into a specific emotional state. “This record took 13 years, and the whole time fans are telling us we better come out with Deltron right now – quit teasing me,” laughs Del. “Well, this is beyond a regular album. Because I would say, me, Dan and Koala, we aren’t limited by what other rap groups do – we’re musicians first. I studied music theory for ten years. Dan and Koala been learning music since they were kids. We’re bringing it all together here, everything, and the fans, the critics, they all going to be surprised by what we got. You’ll see.” 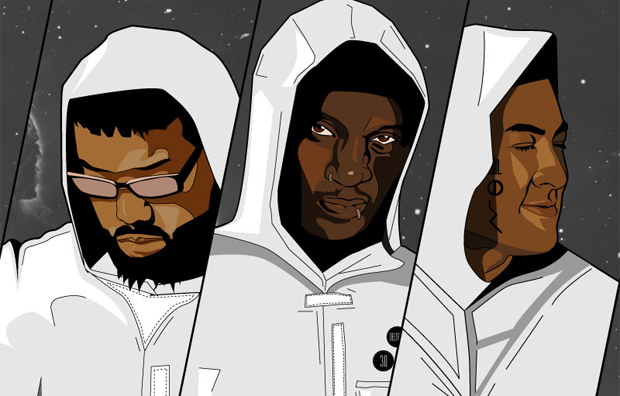