Adelaide-born, platinum selling solo artist Orianthi is returning to her hometown for one show only, at The Gov on Sunday, December 21.

Living in Los Angeles since 2006, Orianthi is also known for lending her killer licks and solid rock chops to a number of high profile bands. She has touring Alice Cooper for over three years and more recently with former Bon Jovi guitarist, Richie Sambora. Last year, she performed with Chris Brown at the Billboard Music Awards and paid tribute to Carlos Santana, performing in the Kennedy Center Honors Gala for President Obama.

At heart Orianthi is a staggeringly dexterous player, capable of mastering next to any style and out shredding anyone.- Guitar Planet Magazine

It’s not cute anymore. It’s seriously ass-whupping. If I was going to pass the baton to somebody, she would be my first choice. - Carlos Santana.

It’s very difficult to find someone to match the talents of Damon Johnson, but not only did we find someone who is more than up to the challenge… she also looks WAY better – Alice Cooper. 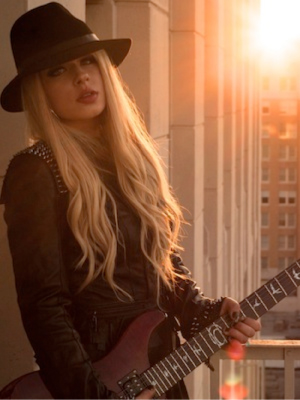