THE CHURCH: THE SLINGS AND ARROWS OF OUTRAGEOUS FORTUNE TOUR 2022

Entering their fourth decade of making music and playing live shows with all the fierce creative energy of their early years, ARIA Hall of Fame inductees, The Church will treat fans with two remarkable sets over 2 ½ hours with a taste of new songs from the band’s forthcoming 26th studio album, ‘The Hypnogogue’ - plus performing a string of hit songs across their expansive music career including ‘Under The Milky Way’, ‘Reptile’, ‘The Unguarded Moment’ and ‘Almost With You’.

The 2022 epic five-piece line-up is bassist, vocalist and founder Steve Kilbey; with long-time collaborator TimEbandit Powles drummer and producer across 17 albums since ‘94; guitarist Ian Haug formerly of Australian rock icons Powderfinger, who joined the band in 2013 and Jeffrey Cain (Remy Zero), touring multi-instrumentalist who is now a full-time member of The Church since the departure of Peter Koppes in early 2020. The band have also recruited Ashley Naylor, long-time member of Paul Kelly’s touring band and one of Australia’s finest and most respected guitarists (Even, The Grapes, The Stems).

The group has an unwavering desire to carry on performing the immense body of work that stretches back in a continuous line to classic early albums such as ‘Of Skins and Heart’, ‘The Blurred Crusade’, ‘Starfish’ that has been put together from past to present to future.

The band recently completed a headlining tour in the U.S which included an invitation from Coachella’s promoter, Golden Voice to perform at their inaugural Cruel World Festival that saw a crowd of fifty thousand in attendance playing alongside new wave and post-punk contemporaries Blondie, Devo, Echo & The Bunnymen, and The Psychedelic Furs.

THE CHURCH ‘THE SLINGS AND ARROWS OF OUTRAGEOUS FORTUNE TOUR 2022’ 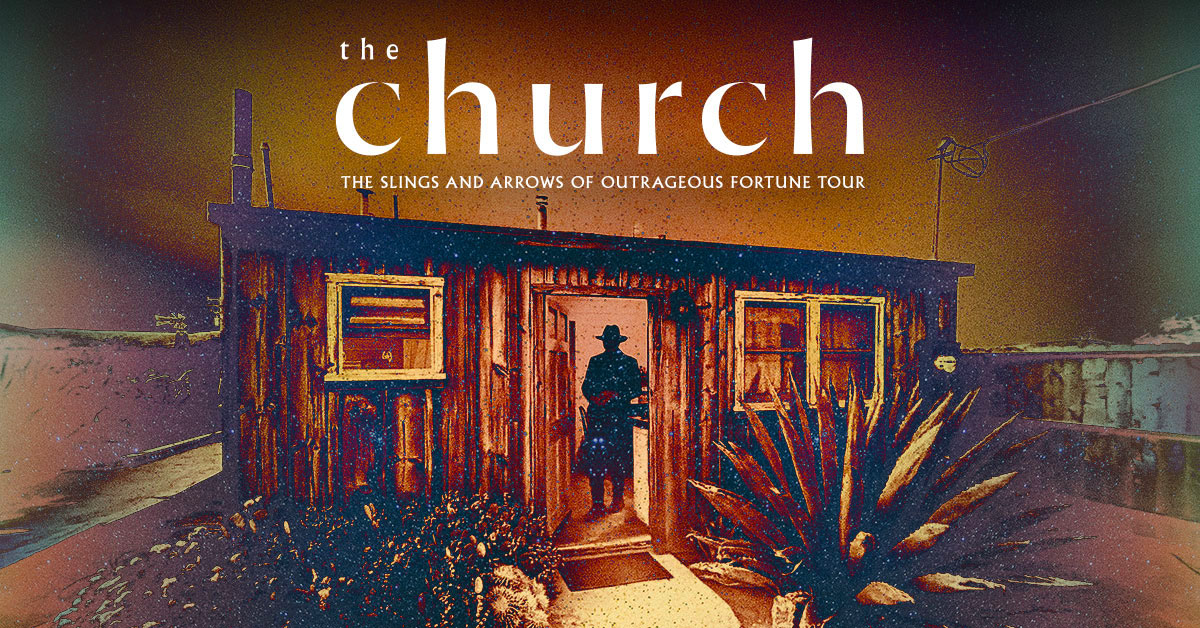