REVEL plays the BANGERS: The Biggest Rock Hits of the 90s & 00s

Every decade had its phenomenal hits, and the 90s & 00s were no exception.

Join REVEL as they perform 3 HOURS of some of the biggest 90s / 00s ‘BANGERS’ on the soundtrack of your lives from bands like Pearl Jam, Green Day, Foo Fighters, Kings Of Leon, Nirvana, Nickelback, Jimmy Eat World, Jet, Metallica, Fuel, Lifehouse, U2, The Offspring, Radiohead, The Screaming Jets, Lenny Kravitz, Blink 182 and plenty more (plus a few little surprises).

This show is going to be like one massive intimate concert of your favourite bands of the 90s & 00s decades, but all performed in no apparent order by the vibrant & energetic band that is REVEL!
ONE ROCK BAND, no backing tracks, just 4 guys playing some of the BIGGEST BANGERS in absolute true ROCK style!

All you need to do is bring your crew, your singing voices, your good vibes and possibly dress in your best 90s/00s wardrobe and we are GOOD TO GO!

YOU WANT A PARTY? WE GOT YOUR PARTY!! 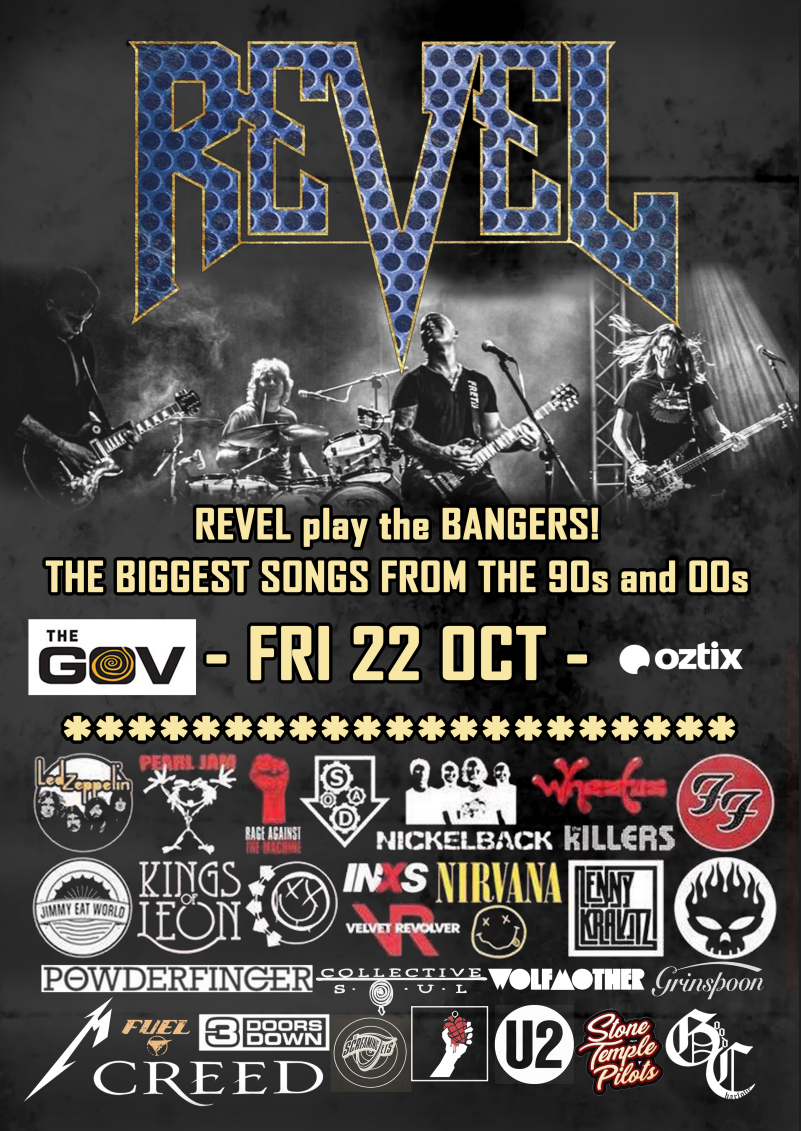