MBFQ are excited to announce their debut show at the Gov! Supported by Marlin Kites, Velvet Void, and Quebec Echo. After the release of their 2019 album No Autumn - a record that is folky yet electronic - the band decided to expand on the live elements of their sound. Their upcoming single, Hammond St. - a warm folk song with a strong groove, follows through with this idea. The show entails a genre-coalescence of rock, samba, and funk that is equal parts introspective and explosive.
Marlin Kites are a five-piece band aiming to blend the catchiness of indie rock, with the grooves of modern jazz. Debuting their first single ‘Babylon’ in May of 2020, they featured singer/songwriter Estée Evangeline, whose vocal talent produced a track that cemented their quality and sound which they hope to share for many tracks to come.
Quebec Echo has crafted their own brand of vintage style pop which aims to spark a sense of playful nostalgia. Drawing from influences as wide as Stella Donelly, Radiohead, and Stevie Wonder, they don’t shy away from memorable, direct melodies, while still maintaining innovative attention to detail. Their forthcoming debut album Not the Lark will be released in 2021.
From the Adelaide Foot Hills of South Australia, Velvet Void draw on the sonic qualities of decades been and gone to forge an original blend of psychedelia and the rock sounds of the 60s and 70s.Comprising Morgan Miller, Bailey McCarthy, Declan Oetjen and Lewis Dimitropoulos, the band records at their home studio, where they produce distinctively unique, genre-bending songs.
All four groups will join forces at the Gov on April 8th for a showcase of exciting homegrown talent.
Tickets are available at thegov.oztix.com.au 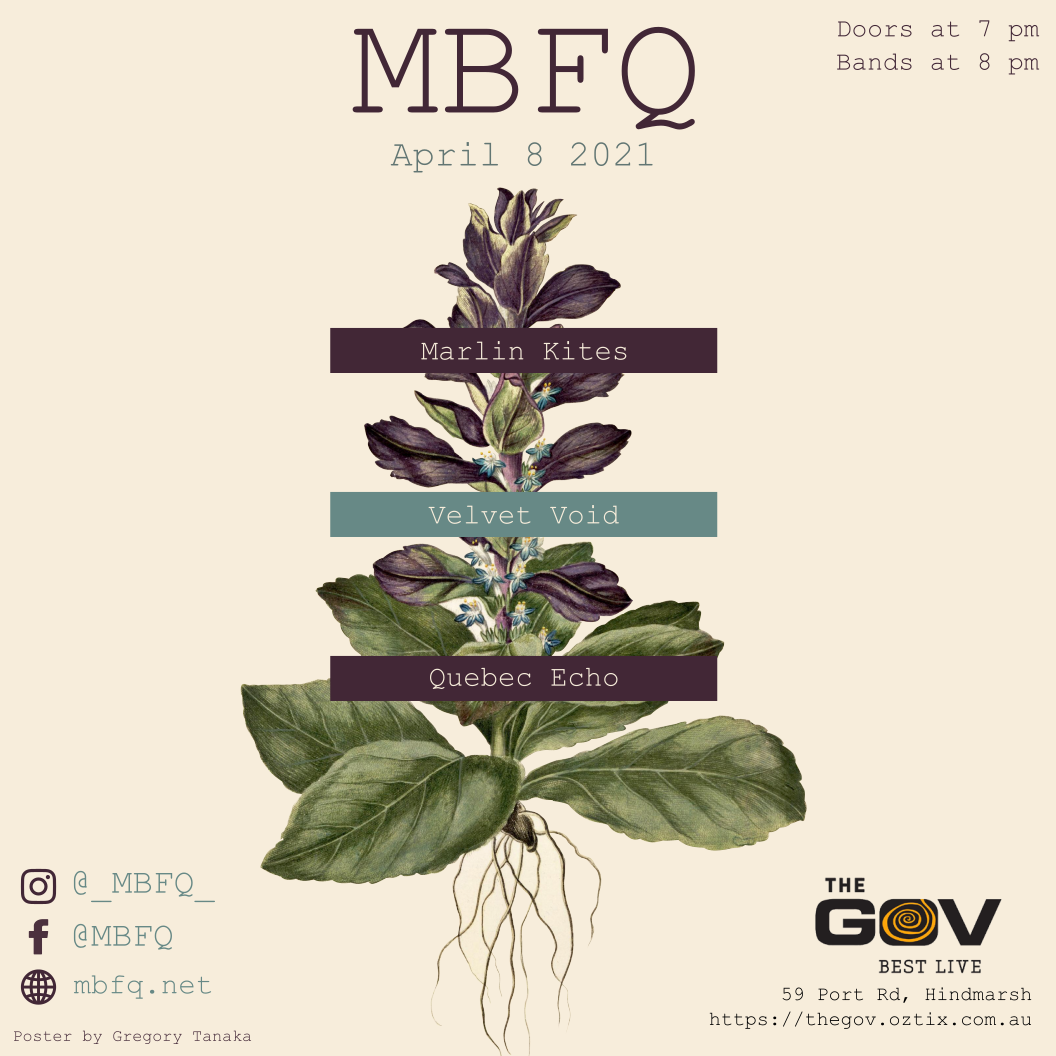