RONNIE CHARLES - CELEBRATING THE SONGS OF THE LOVED ONES

Presented By The Grape Organisation

Paying tribute to ARIA Hall Of Famers ‘The Loved Ones’, Ronnie Charles, the voice of chart-topping Melbourne 60’s band The Groop and personal friend of original Loved Ones’ singer Gerry Humphries. Ronnie first burst onto the 60’s mod scene with hits such as ‘Woman You’re Breaking Me’, ‘Sorry’ and ‘Such a Lovely Way’.
Enjoying both sales and critical success it took the Groop straight to London. While in Australia The Groop often shared the stage with another one of Australia’s most influential groups ‘The Loved Ones’.
The Loved Ones were inducted into the ARIA Hall Of Fame in 2010, their influence spans across generations with the likes of INXS, Nick Cave, Diesel, Tex Perkins & Jet covering their songs. APRA named their song ‘The Loved One’ the 6th greatest Australian song of all time. The Loved Ones gained 5 top 20 hits in the span of a year in 1967/68. The Loved Ones’ album ‘Magic Box’ is considered a classic recording, which enjoys cult status and has reportedly never been out-of-print since it was released.
Ronnie Charles will be performing all The Loved Ones’ biggest hits including ‘The Loved One’, ‘Ever Lovin’ Man’, ‘Sad Dark Eyes’, ‘A Love Like Ours’ & ‘Blueberry Hill’. Special appearance from original member of ‘The Loved Ones’, the South Australian Music Hall Of Fame’s latest inductee - Treva Richards, plus other surprises.
Joining Ronnie for this very special night is Spectrum and Ariel’s Mike Rudd, who is celebrating 50 years in the music industry. Mike’s hit ‘I’ll Be Gone’ was number 1 in Australia for 25 weeks.
Join us for this true blast from the past and be propelled back to the nights you may have spent at the Beat Basement, Big Daddy’s, The Octagon Theatre and 20 Plus Club.
RONNIE CHARLES CELEBRATING THE SONGS OF THE LOVED ONES
+ Mike Rudd (Spectrum)
The Gov | Fri 31 Jan
Tickets: $35+ booking fee
Doors open 7.30pm 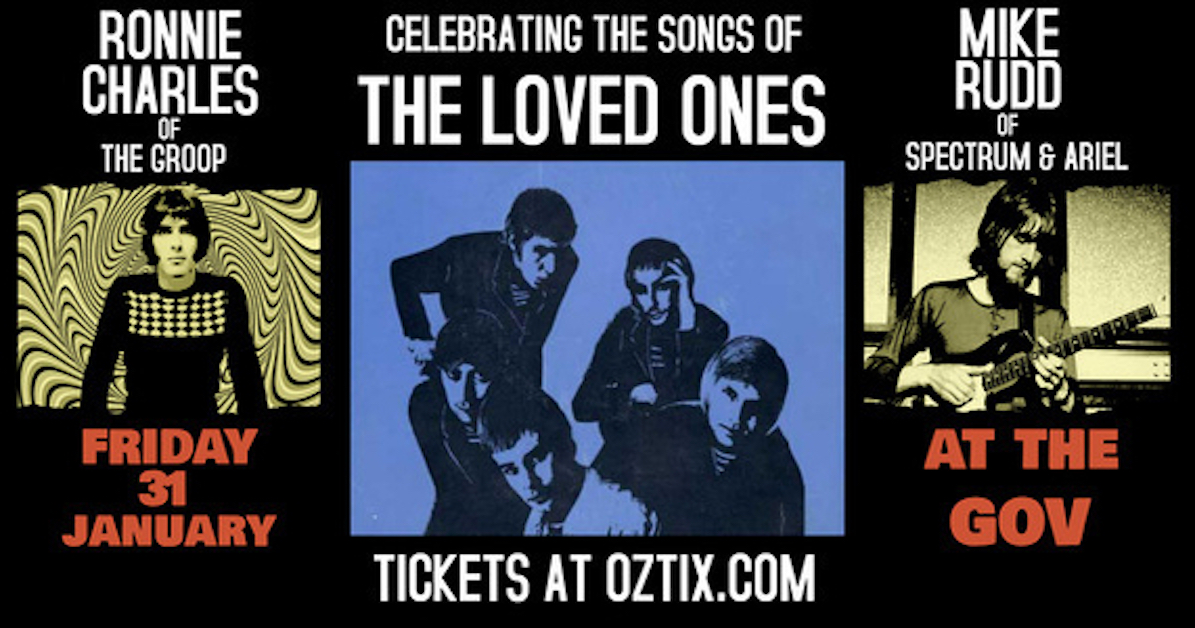