Village Sounds and Farmer and the Owl Presents

“A breakneck propulsion that threatens to slide off the rails at every corner – this is rock’n’roll at its most visceral” - The Guardian
“An absurdist portrait, kicks like a mule with horsepower in its lyrical engine to boot” - Triple J
Hold out your hands, Bad//Dreems come to you bearing gifts - their third studio album ‘Doomsday Ballet’ drops October 18th via Farmer and The Owl! To celebrate they are taking their heroic live show around the nation, that includes a long-awaited return to the West Coast, Bad//Dreems will see you in November Freo!
Lay your eyes on the clip for the Devo meets Stones rave up Double Dreaming, the first single off Doomsday Ballet, which is swinging through the airwaves here at home and abroad. ‘Doomsday Ballet’ was composed during a year that saw the band off the road and was recorded under the helm of Burke Reid and Jack Ladder.
This will be your first chance to experience the new tracks live, their last national tour sold out in record time, so set your alarms and clear your credit cards, tickets go on sale Friday August 23rd.
The formidable force that is Cash Savage & The Last Drinks will be joining them for all shows (*with the exception of Melbourne). 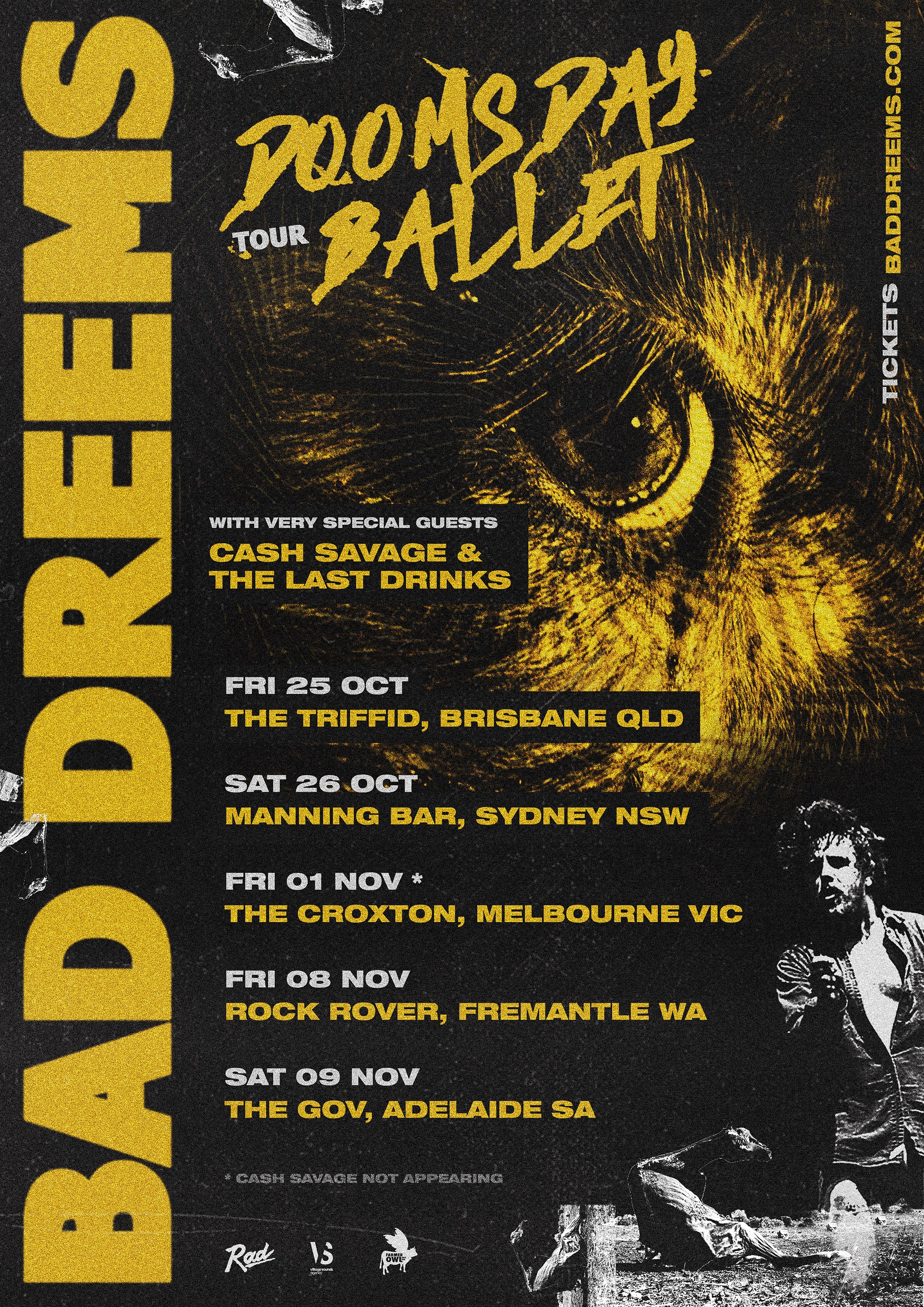