The Jethro Tull guitar legend’s first Antipodean solo tour!
Martin Barre, legendary rock guitarist, who toured the world with Jethro Tull for 43 years, is set to bring his ‘Celebration of 50 Years of Jethro Tull’ tour to Australia.
It’s a rare chance to see one of the most respected guitarists on the planet, along with his amazing band. Martin has sold a staggering 60 million albums worldwide and worked with international music superstars from Paul McCartney and Phil Collins to Hendrix and Led Zeppelin. The celebration of his former band will feature numerous classic Jethro Tull classics, including “Aqualung”, “Songs From The Wood”, “Bungle In The Jungle”, “Thick As A Brick” and “Locomotive Breath”.
The tour follows the release of the new double album “MLB: 50 Years of Jethro Tull”, which will be available at all shows.
“It’s going to be an exciting set encompassing my 50 years with Tull,” says Martin. “We will be bringing a new format of the show to fans showcasing the history of Jethro Tull, and taking them on that incredible journey I had with the band.” 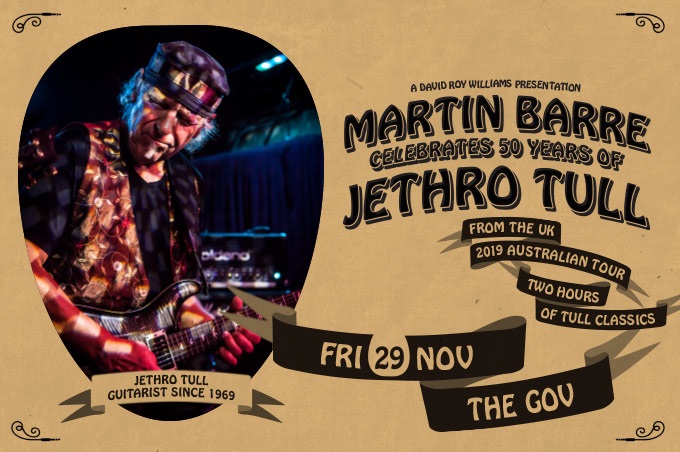