MELBOURNE SKA ORCHESTRA CELEBRATE ONE YEAR OF SKA!
In 2018 the band embarked on a crazy mission to release a song a week, everyone thought they were mad, yet they did it!
2019 has seen the band hit the road in celebration, heading to Adelaide in October. Playing at The Gov on Saturday 12th.
MELBOURNE SKA ORCHESTRA RELEASE 52 SONGS IN ONE YEAR - FINISHING THE PROJECT WITH 4 ALBUMS AND A SPIFFY NEW BOX SET
Lead by the charismatic and energetic Nicky Bomba, the ARIA Award winning Melbourne Ska Orchestra never do anything by half measures. Not only does the band perform with up to 35 members on stage, but they also record and release material at break neck speed. And with 30+ musicians to coordinate, this is no small feat.
Paying respect to the Jamaican Sound System phenomenon, where artists would record and release new tracks on a weekly basis, MSO committed to doing the same in 2018. For one whole year, 52 songs, 52 weeks! We are not sure if any other band has done this before. It sure seems like a record of some kind has been broken.
The final tally of the years recording of 52 songs, worked out as 4 x 13 track albums. The first one rolling out like an education of Ska, was the bands rendition of 13 ‘Ska Classics’, that had inspired the bands inception.
Album 2, presented the bands renditions of TV & Movie themes (a tradion in the Ska genre), it included current scores like ‘Game Of Thrones’ and ‘Narcos’, alongside classics such as ‘Star Wars’ and ‘Doctor Who’. At the half way mark the band focused it’s full attention on original material, writing new songs for the project on practically a weekly basis. As a result two albums ‘Read All About It’ and ‘Transmission Friday’s’, totaling 26 songs shows the maturity and dedication to putting a unique and relevant stamp on the Ska genre. A respectful edition was the Orchestra joining Joe Camilleri on ‘Shape I’m In’, which is considered to be the first bonafide Reggae hit in Australia.
2019 sees the release of this ’52 Songs’ project in the physical form of a special edition box set. Released via ABC Music on April 5th, ahead of their performance at Bluesfest 30th Anniversary Event and side shows in Melbourne and Sydney.
Now hitting the road again the band are heading to Cairns in September, to perform at TANKS on Saturday 7th and Adelaide in October to perform at The Gov on Saturday 12th.
Melbourne Ska Orchestra’s live performance is explosive and infectious. Their unique take on the genre of Ska has wowed audiences all over the world. From Montreal to New York, Istanbul to London and with the approval of Reggae and Ska pioneers like Stranger Cole, Owen Gray, Carlos Malcolm, Ranking Roger and Neville Staples, to name a few, the Melbourne Ska Orchestra is resonating with audiences worldwide – young and old. 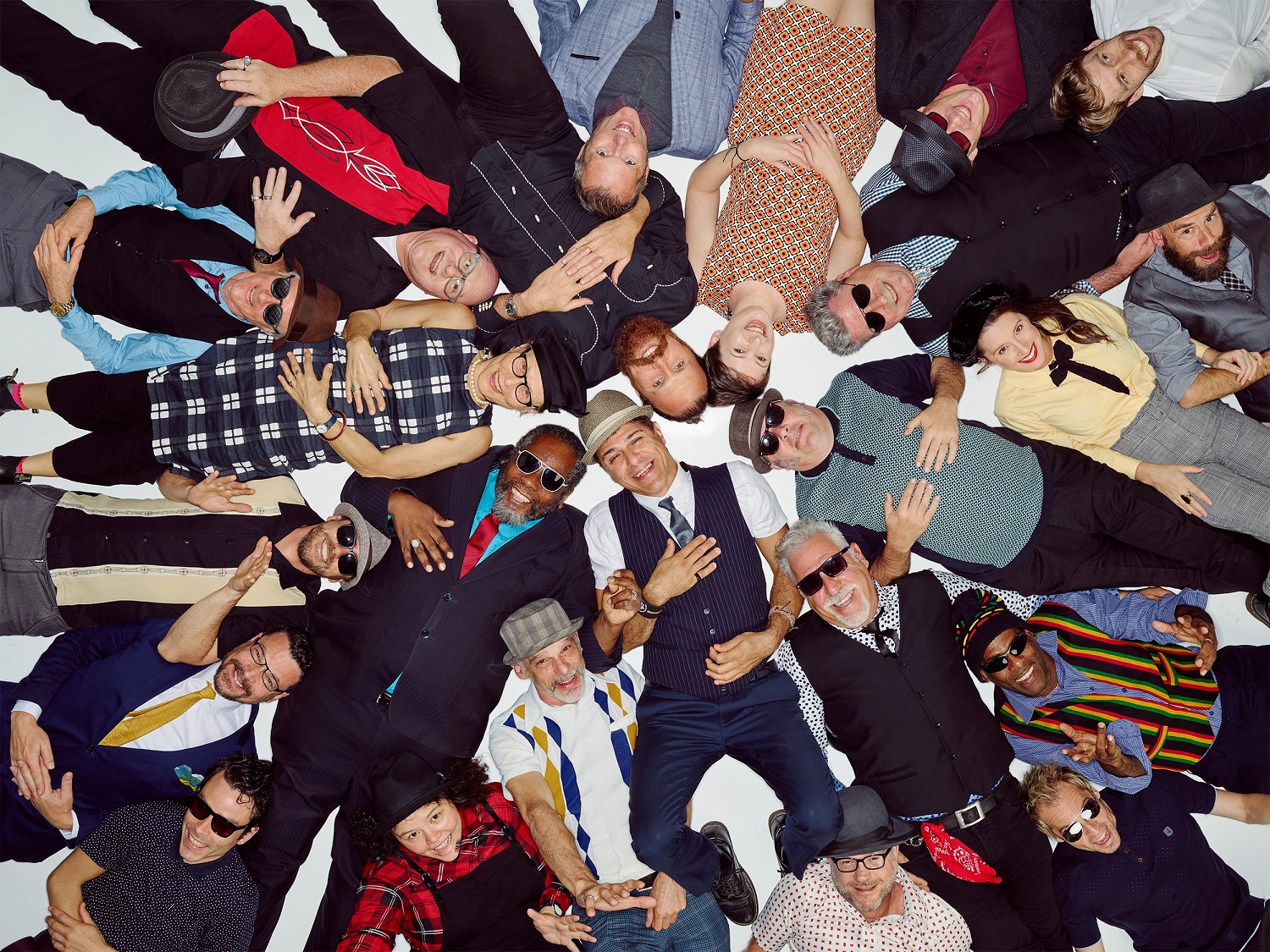 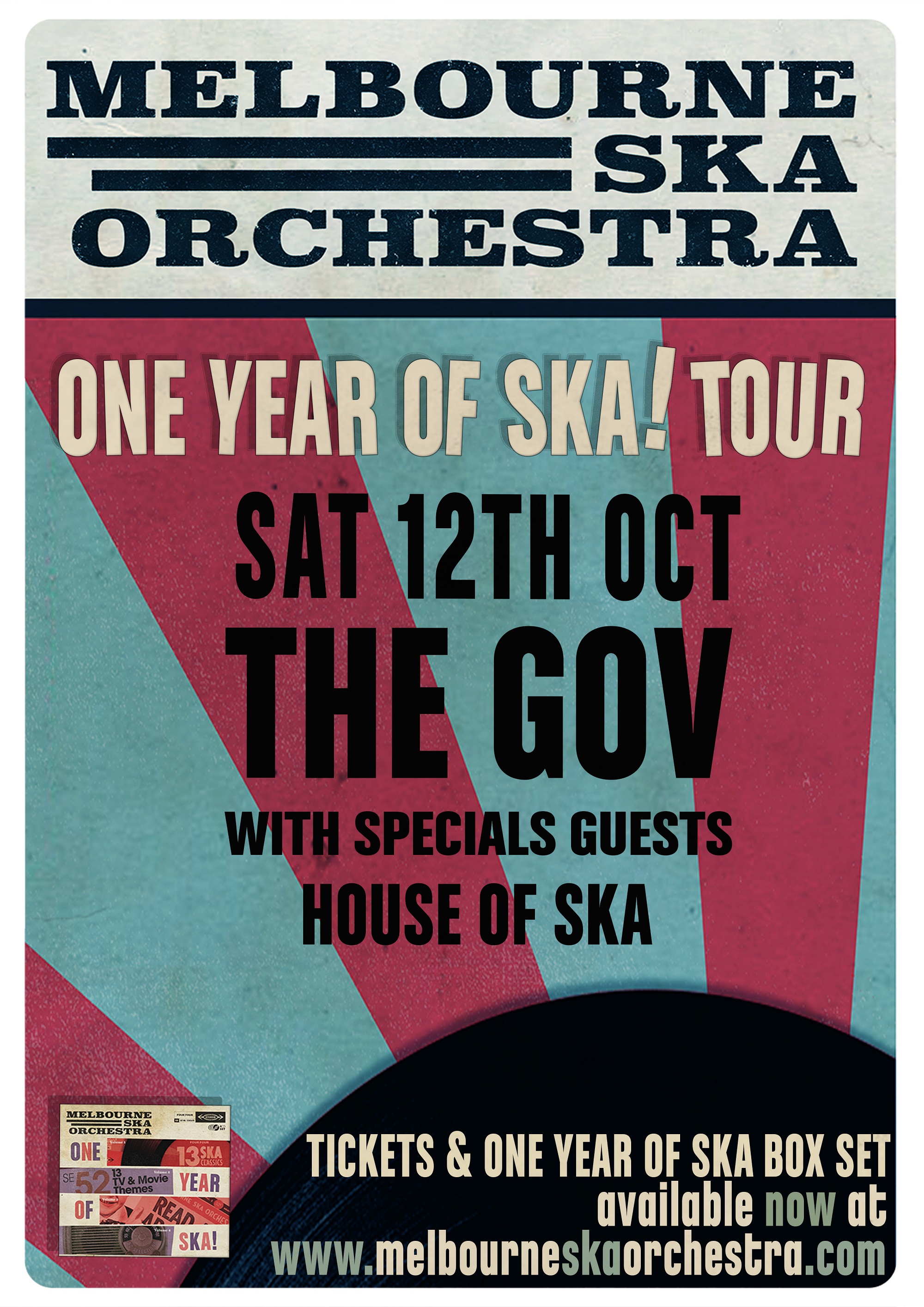