Bob ‘Bongo’ Starkie, guitarist with one of Australia’s most loved bands – Skyhooks. They lit up the 1970s with their catchy tunes and outrageous costumes. Bongo is keeping the Skyhooks’ music alive when he performs live at The Gov with his Skyhooks Show.
The Skyhooks were incredibly influential on Australian music, their album ‘Living in the 70’s’ released in 1974 is rightly regarded as an Australian classic, being added to the National Film and Sound archive to showcase the very best in Australian culture. Bob was inducted alongside his band mates into the ARIA Hall Of Fame in 1992, cementing Skyhooks’ legacy as one of Australia’s finest acts ever.
Skyhooks formed in Melbourne, March 1973, acquiring their flamboyant lead singer Graeme “Shirley” Strachan a year later, the band would end up touring and recording for nearly 30 years. Racking up number 1 hits like: ‘Ego Is Not A Dirty Word,’ ‘Horror Movie,’ ‘Living In The 70s,’ ‘Women In Uniform,’ & ‘Jukebox In Siberia’. Skyhooks also dominated the radio waves with fan favourites: “You Just Like Me ‘Cos I’m Good in Bed”, “All My Friends Are Getting Married”, “Million Dollar Riff” & “Balwyn Calling”.
Now as a celebration of Skyhooks’ legacy, founding member & guitarist, Bob “Bongo” Starkie has put together a new band with the intention of keeping the group’s music alive. After sold out shows in Melbourne and Sydney, Bongo’s Skyhooks show hits Adelaide in January delivering all of Skyhooks’ hits, plus some rarities. This occasion will mark the first time in almost 30 years, since Bongo last performed in Adelaide with Skyhooks. This is the only way you will see Skyhooks’ Aussie Rock anthems authentically played live.
Don’t miss the ‘Party to End All Parties’ while you’re ‘Sitting in a bar in Adelaide’! 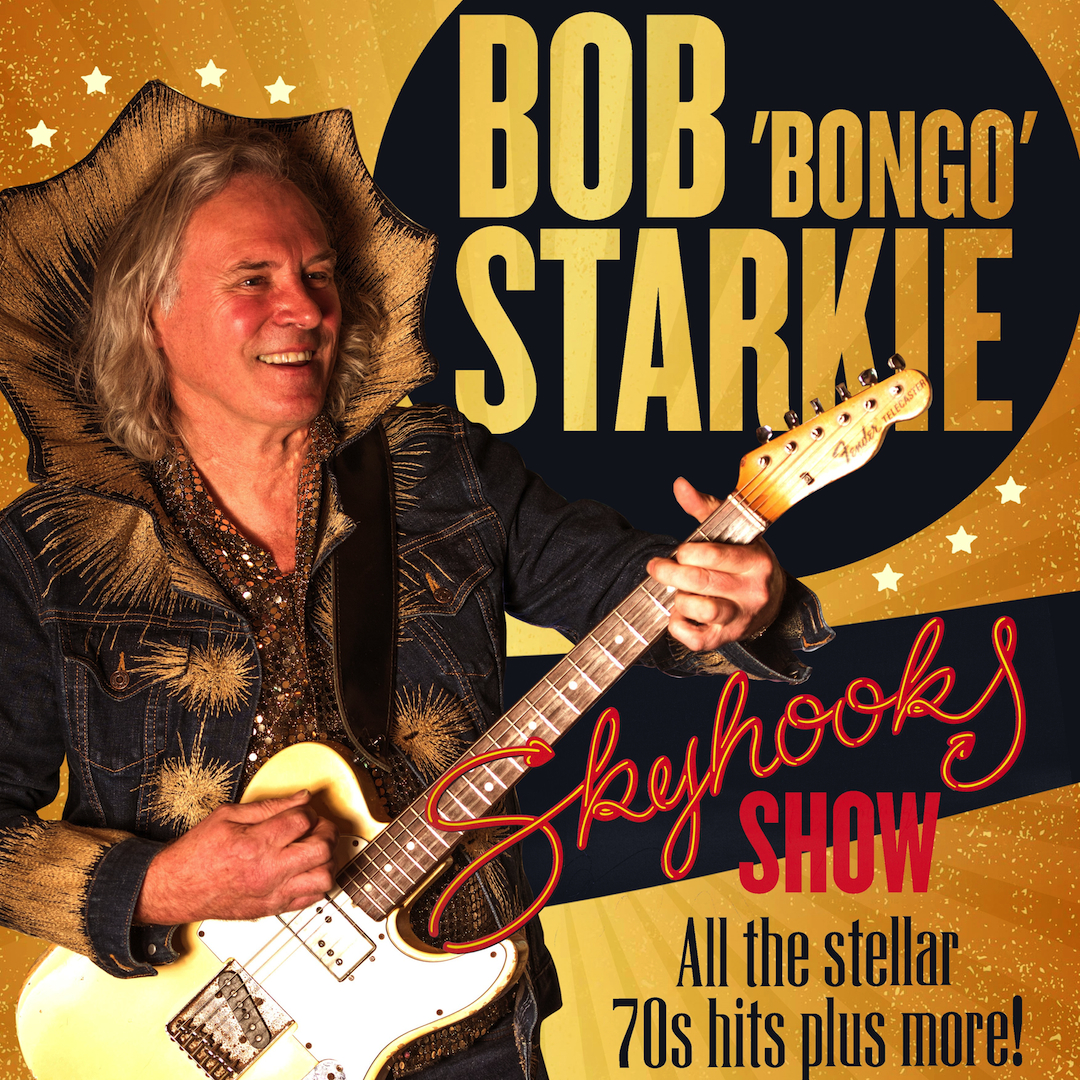